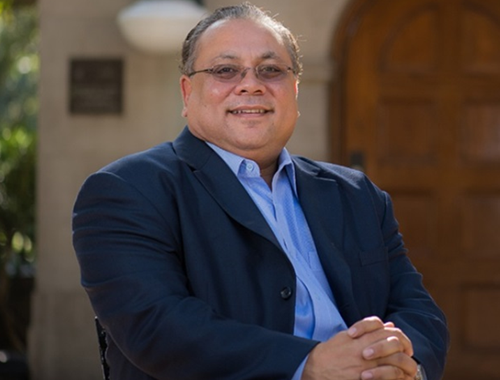 As an advocate for mentorship opportunities for graduate students, he has worked closely with the School of Social Sciences to a networking program that sets up Social Sciences graduate alumni to serve as career mentors for current grad students.

Purvez holds a master’s degree and a Ph.D. in economics from Rice and is now global director of Ernst & Young LLP’s Oil and Gas Transfer Pricing and Economics practice.  He began his graduate studies in 1988, and during his first two weeks as an Owl, he discovered Valhalla.

“When I got there, it looked like wizards had taken over!” he recalled. “There were guys with long beards having intense discussions. I poked my head in, looked around, backed out and decided to go back in and order a beer. Then I got to know those people and discovered the place is amazing. Older students mentor younger ones, and the students, alumni and faculty share their experiences and encourage each other. It’s like a family.”
His memories of the mentorship he received at Rice, both at Valhalla and through a buddy program in the Department of Economics during his student days, were so positive that he decided to become a mentor himself. He and his wife, Jennifer Rich Captain ’98, who are Hanszen College associates, began mentoring Hanszenites eight years ago. The experience inspired Purvez to do something similar for graduate students.

“I joined the School of Social Sciences Advisory Board and asked then-Dean Ragsdale, who’s an out-of-the-box thinker, if we could set up a mentorship program within the School of Social Sciences. So that’s how we started GradConnect, which pairs grad students and alumni. Mentors connect with students in their first and second years and help them get internships if they’re going the non-academic route. Those internships lead to jobs, and those jobs lead to happy graduate students, who will make happy alumni. So it comes full circle, and I hope that the mentees will pay it forward in the future.”